Even as traditional architecture, engineering, and construction companies look to recruit and train for new skills, leading universities are evolving curricula and approach to keep pace. There is no better illustration of this than Northwestern University. The school emerged as an industry leader nearly thirty years ago when it took the risk of launching its Master's of Project Management (MPM) Program, to bring engineers a more business management-focused curriculum and also to encourage more integrated thinking about professions in the built environment. Then, a few year back, Northwestern again broke new ground with its Executive Management for Design and Construction (EMDC) Program, a fully online program for people also working full time in the industry.

Northwestern University's Kellogg Business School, recently ranked the number three business school in the United States by U.S. News, has long enjoyed a strong reputation for developing the country's business leaders. However, the idea of a program with the Engineering School specifically focused on developing graduate AEC professionals into well rounded and strong business managers was pretty novel when it was first launched at Northwestern back in 1993.  BuiltWorlds has been pleased to have established an education partnership with those programs at Northwestern back in 2017, and we look forward to a special presentation about emerging technology and its applications around the world from their students on December 16th at 10 am central time. Through their presentations, we hope to learn more about emerging technology around the world, while also highlighting the skills and attributes of the industry's 21st century workforce.

In a Global, Digital World, Providing Students with Global Networks

There was a time when Industry players were pre-occupied with the competitor on the other side of town, and while it is true that competition in the industry is still very localized, new ideas and emerging technology are taking root all over the world and having an eye on what is happening around the world is proving to be an advantage for companies even if they are only competing in their home towns. One of the advantage of online programs such as Northwestern's EMDC program (even pre-Covid) has been the ability to extend conversations to students who can bring those global perspectives to an otherwise local industry.

This past September, we had the opportunity to hear from Yohann Sberro MPM '07 about his role in helping global Engineering, Construction, Real Estate, Concessions, and Telecom company, Bouygues, launch a new division focused on mass timber construction. Although mass timber initiatives have been slower to take hold in the US than in Europe, that may also be a business opportunity for those with a global perspective. Read the more on that here: European Construction Giant, Bouygues, Bets Big on Timber Buildings Framed as a Masters in Project Management or as a Masters in Design and Construction, Northwestern's programs already point to the perspective that strong industry managers are prepared the think across the full life cycle of buildings and infrastructure. We have seen this same kind of thinking advanced in programs like Stanford University's Center for Integrated Facilities Engineering, which similarly looks to "drive improvements for all AEC Stakeholders." Arguably, as major, industry-oriented technology players like Microsoft, Bentley, Trimble, Autodesk, and Procore develop solutions that allow data to move more easily between design, construction, and operations phases of project life cycles, we will see these trends toward more integrated services accelerate. Recently, at our Global Summit, Bernardo Gamboa NWU-MPM '98, CEO of Bogota, Columbia-based Global Project Strategy SAS, led a discussion on emerging technology in Latin America highlighting the way technology solutions are being developed across the full proptech/construction tech spectrum in the region. The Industry's Future Leaders Will Be More Technology Savvy.

The students who will be presenting with us in December are enrolled in IT for Construction at Northwestern, and the program, like most of Northwestern's courses, is taught by an actual working industry professional, Christian Burger of Burger Consulting Group. While Burger is a veteran of IT in the industry, other adjunct faculty and alumni also work to provide the students a holistic understand of technology in the industry. Another adjunct professor of the programs in Burcin Koplanoglu, who is now Executive Director, Innovation Officer, Oracle Global Business Units and leads Oracle's nearby industry-focused Innovation Lab. Another notable faculty member and also alumn bringing technology know-how to the Northwestern programs is Damon Ranieri EMDC '15, Director of Virtual Design & Construction at Leopardo Companies. Below, you can click through to access our 2018 interview, and hear about how the curriculum helped him as he moved into technology centric positions in the industry and also about how he is giving back to the program. Leopard's Damon Ranieri Discusses his career in AEC technology and his time at Northwestern as a student and as a faculty member.

The Upshot: Leading Universities Are Adapting with the Industry

As we look forward to seeing in December and also as our Educational Partnership with Northwestern and others evolves, a critical element in the industry's transformation is, not only new technology and changing cultures, but also changing how we build our pipelines of the industry's future leaders. They will come from more diverse places and backgrounds. They will learn differently, and they will bring a broader, critical skillset to our sector as it evolves.

More Presentations on Our Future Workforce: The Workplace: Design, Community, and Retention Inspiring the next generation of women in construction through STEM 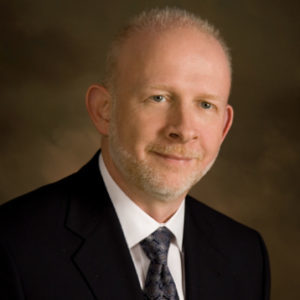